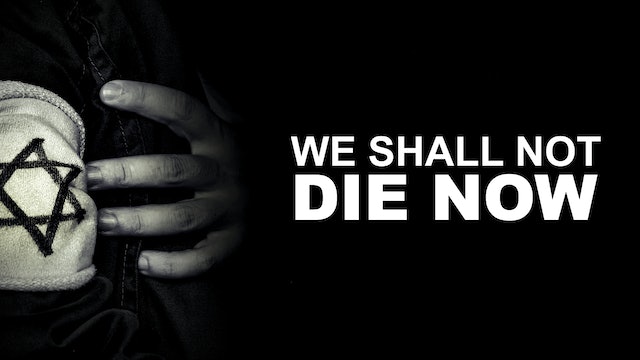 We Shall Not Die Now

We Shall Not Die Now chronicles the Holocaust, when, between 1939 and 1945, over six million Jews and millions of others were systematically murdered by the Nazi regime.

Seventy-five years after the conclusion of the war, the film explores not only the horrific human tragedy and what we can learn from it, but also the resilience of those that rebuilt their lives in spite of the unimaginable. Told by the survivors and liberators who experienced it first hand such as Cantor Moshe Taube (number twenty-two on Schindler’s List) and Ben Ferencz (concentration camp liberator and last living prosecutor of the Nuremberg trials), We Shall Not Die Now is a journey of despair, hope, and the triumph of the human spirit through history’s darkest hour.