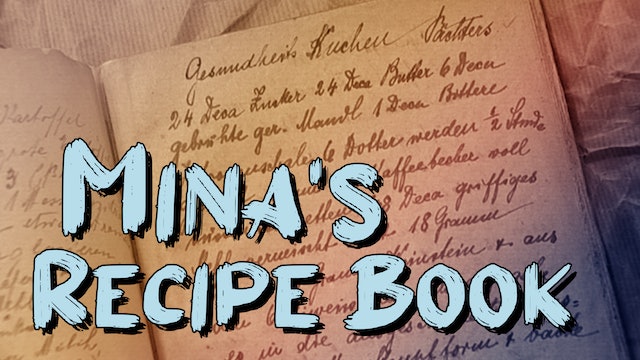 More than 40 years ago, the phone rang in Anny Stern's New York City home. It was a man she didn't know, calling to giver her a notebook. Covered in brown paper, its pages hand-sewn together, this was no ordinary notebook. It was one in which her mother, Mina, had hand-written recipes while interned in the Nazi concentration camp at Terezin, in Czechoslovakia. MINA'S RECIPE BOOK retraces Mina's story, as told by her grandson, a fellow internee, and a trove of archival material. Sent to Terezin along with the rest of Prague's Jews in 1941, she shared a room with 13 other women, only one of whom would survive. As they tried to salvage whatever normalcy they could (Mina was proud of caring for her appearance), the women shared recipes. Mina wrote them down. Not practical dishes they could cook while interned, but the sweets and meals they dreamed of: Linser torte, homemade sausage, Baden caramels. Using archival photos, home movie footage and reel-to-reel tape interviews, along with images of the handwritten recipe book, Mina's letters, and evocative contemporary watercolors and charcoal drawings, MINA'S RECIPE BOOK is a testament to the strength of women who, even in the most dire circumstances, created a unique form of personal resistance. 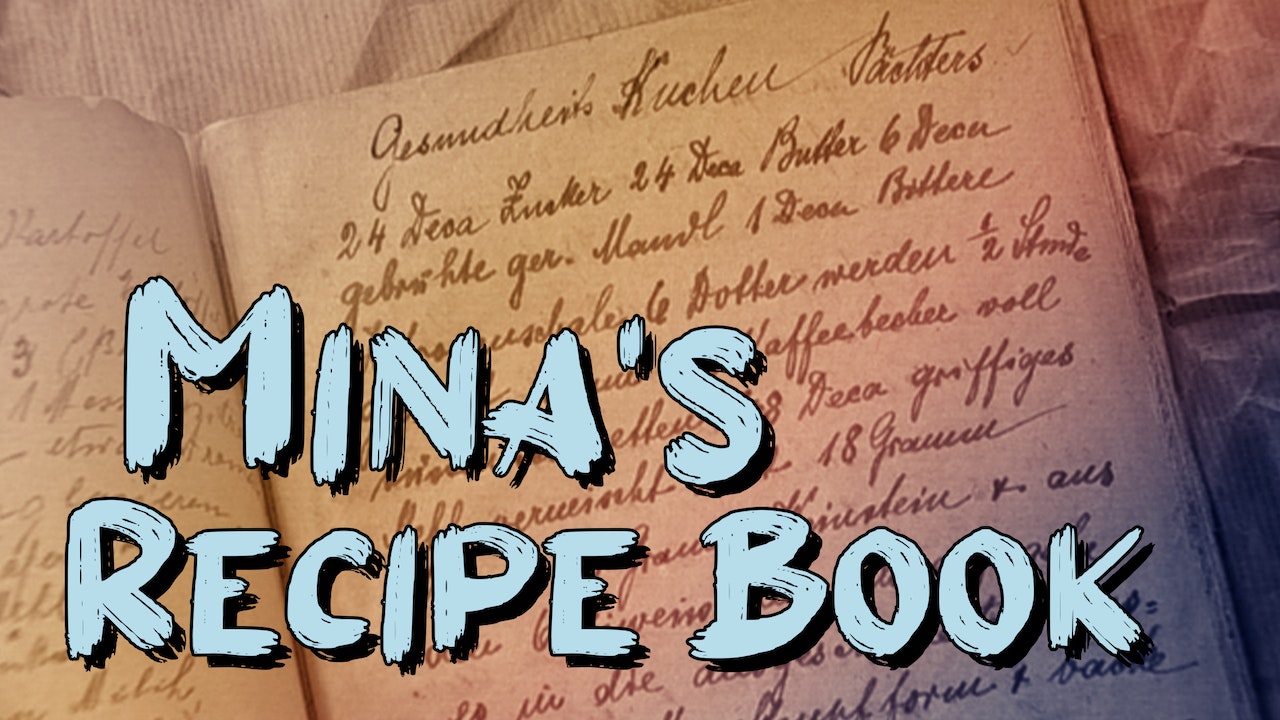