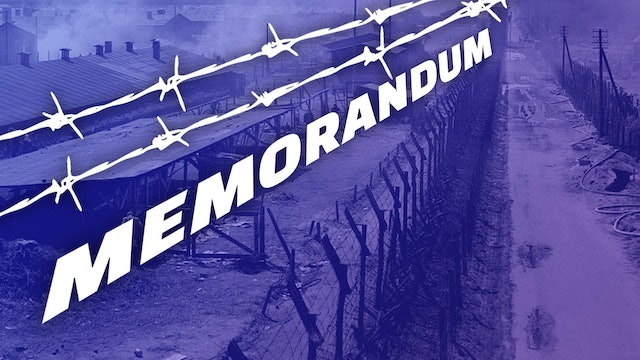 This documentary follows a Holocaust survivor in 1965 on an emotional pilgrimage to Bergen Belsen, the last of 11 concentration camps where he was held by the Nazis. He and 30 other former Jewish inmates travel through the new Germany. Scenes still vivid in his mind are recalled in flashback. The memorandum of the title refers to Hitler's memo offering a "final solution" to the "Jewish problem."