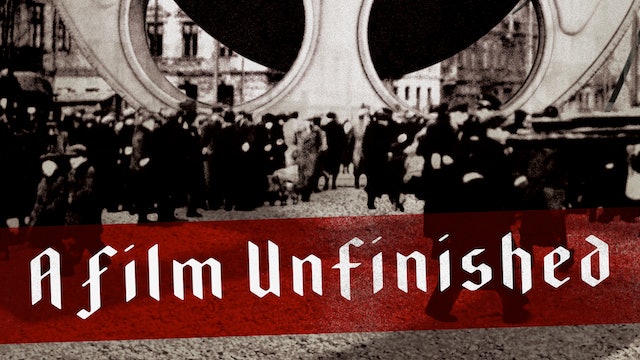 Israeli director Yael Hersonski examines a recently found film reel from an unfinished Nazi movie entitled "Das Ghetto" in this award-winning documentary. For decades, historians have relied on "Das Ghetto" as a portrayal of life in occupied Warsaw and this new footage provides rare insights into one of the biggest propaganda machines of all time. Hersonski uses personal journals and accounts as well as an interview with a surviving cameraman to re-examine this dark cinematic relic.