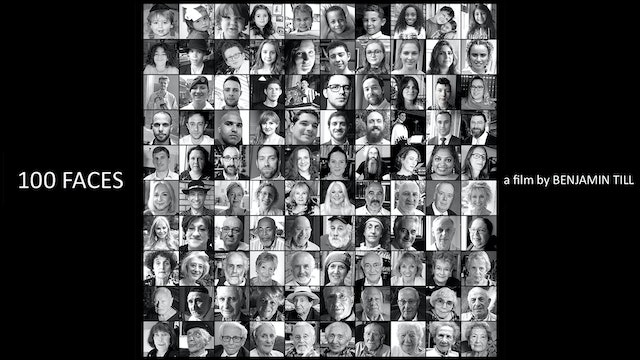 BAFTA-nominated composer and director Benjamin Till explores what it means to be Jewish in this quirky and heartwarming musical film.

Till set himself the task of finding 100 British Jewish people, one born in every year between 1918 and 2017. The first shot belongs to a one-year-old in Leeds, and from then on in, with each new shot, the person featured is a year older than the last. By the end of the film, an entire lifetime of faces will have passed in front of viewers’ eyes. 100 Faces is a true celebration of the diversity of Jewish people filmed in Manchester, Northampton and London. Holocaust survivors, Kindertransportees and those who fought at Cable Street rub shoulders with chazans, rabbis and atheists. Some speak, some sing. All are accompanied by a specially-written soundtrack recorded by the Israel Camerata orchestra.

This is a once-in-a-lifetime film, which Till describes as “a musical postcard from British Jewish people to the rest of the world”.

A Film by Benjamin Till
UK, 2018
Documentary
English, Hebrew and Yiddish (with English subtitles) 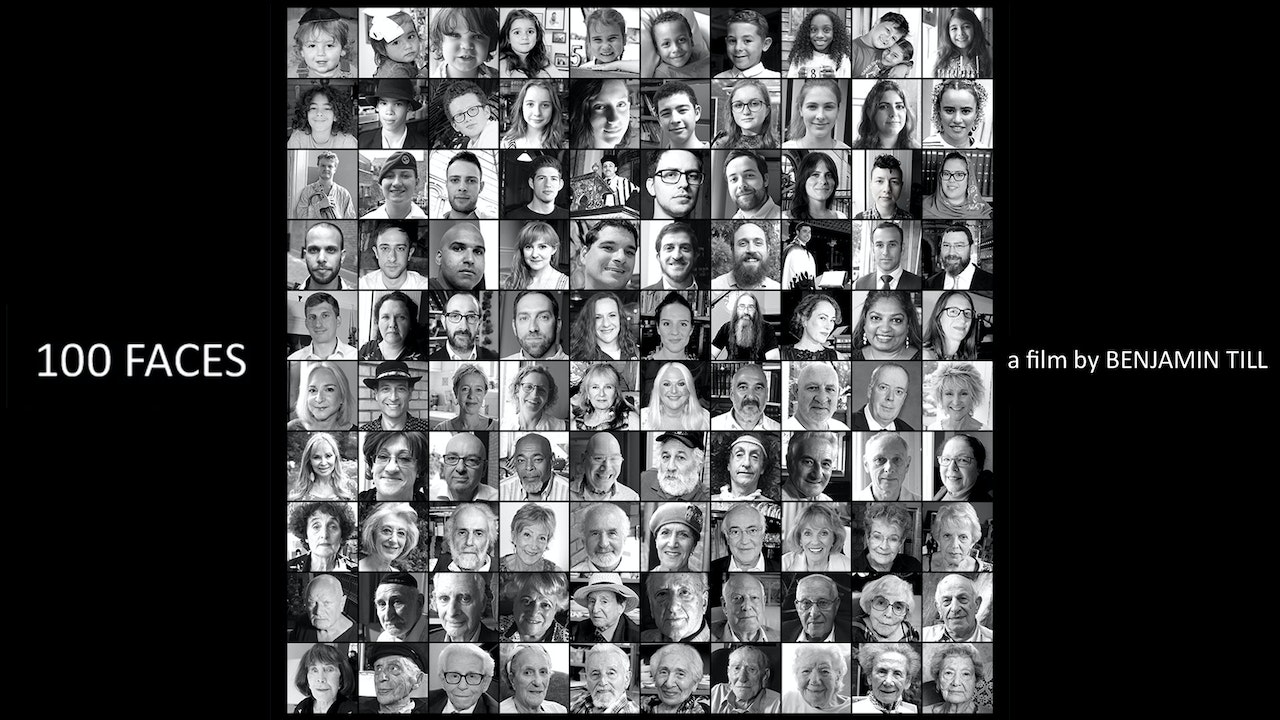